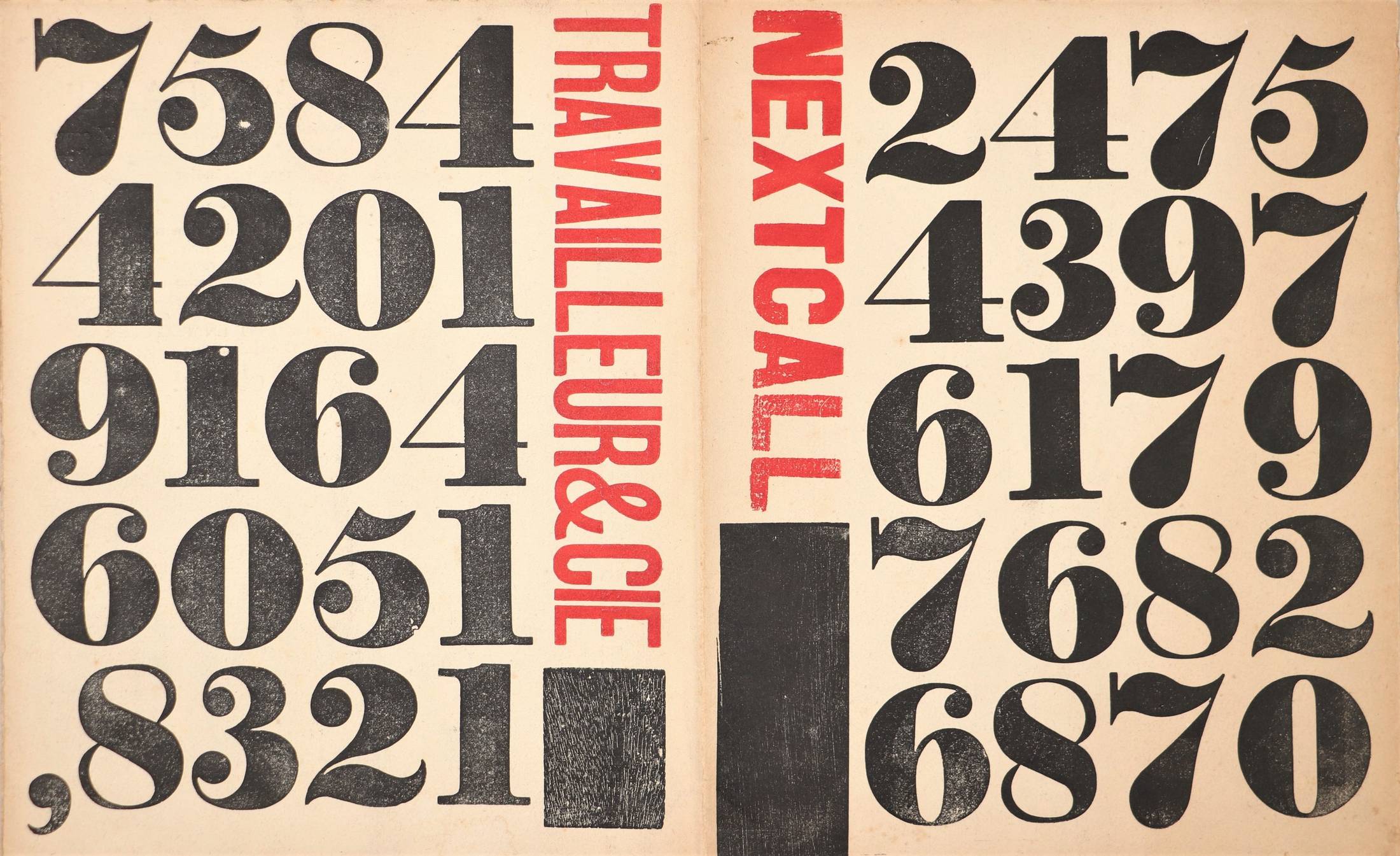 = Dekkers/ Van der Spek/ De Vries G-58a and p.210ff; Cat. Hot Printing 24 g-3; Broos/ Hefting 1993 p.68f; Purvis p.142ff; Purvis/ De Jong p.208f; Spencer 1969 p.106 (reproduced upside down); Andel p.214. Issue of the extremely rare avant garde periodical that Hendrik Werkman issued from 1923 to 1926. The 9 issues that he produced were printed in an edition of approximately 40 copies and were distributed among a small circle of aquaintances, including members of De Ploeg and international avant garde artists. "The fourth issue of The Next Call was circulated at the end of January 1924. Its motif was a Dada text by Job Hansen alluding vaguely to the inception of Constructivism (...). Beginning with this issue, the typography became more experimental. The compositions are consistently humorous, ambiguous, active, and rhythmical, and are filled with movement and tension. Both the cover and back page are made up of a grid of numbers. (...) Page 6 alludes to an imaginary machine and recalls a 1920 collage by Moholy-Nagy. Bold contrasts of type style, direction, and size are employed to produce compositions that seem to have fallen into place at random. In this issue, the harmony of double-page spreads became more pronounced (...). On the second and third pages, Lenin's death on January 21 is solemnized with two columns of type built from Os and Ms, giving the impression of soldiers escorting a cortège. Like many artists and writers of that period, [Werkman] was keenly aware of the extraordinary achievements of the Russian avant garde and viewed the Russian Revolution as a potential catalyst in a postwar renaissance. Also, in Dutch the word OOM means "uncle", although perhaps this is merely a coincidence and one should not attribute a single meaning to it - it is a common error to read too much into Werkman's compositions." (Purvis, p.143). SEE ILLUSTRATION PLATE ON TITLE-PAGE.