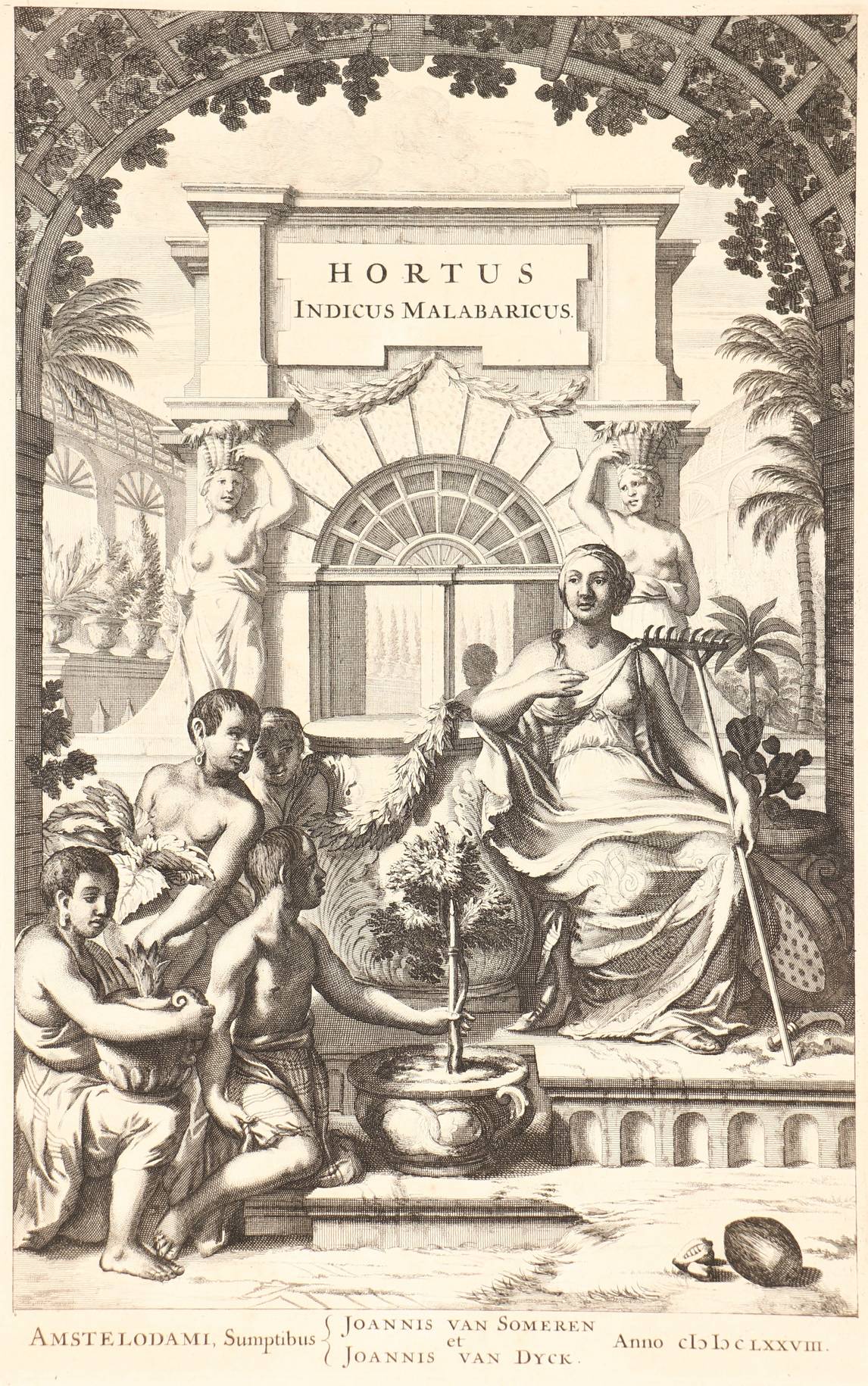 - Libr. stamp on title-p. of both vols.; most plates browned (offsetting from opposite part of the plates). Both vols. covers chafed; corners worn; backstrips worn and restored at spine-ends.

= Remarkable copy: both vols. with gilt VOC Amsterdam logo on both covers. "The Hortus Indicus is the first comprehensive flora of the East Indies, containing the first illustrations of a great number of tropical and subtropical plants and fruits" (Cat. De Belder). Striking large plates, highlighting the exotic nature of many of these at the time unfamiliar plantspecies. Howgego I, R31: "While in India he [the author] became absorbed in the flora of the country, and, at his own expense commissioned a thorough botanical survey. Involving as many as hundred European and Indian scholars (...) hundreds of trees, shrubs, and plants were meticulously catalogued, described and illustrated. Each species was named in Latin, Arabic, Sanskrit, Malayalam and Tamil". A complete set comprises 12 vols. with 795 plates. Landwehr VOC, 603; Nissen, BBI 1625; Pritzel 7585; Cat. De Belder 301. SEE ILLUSTRATION PLATE LXII.