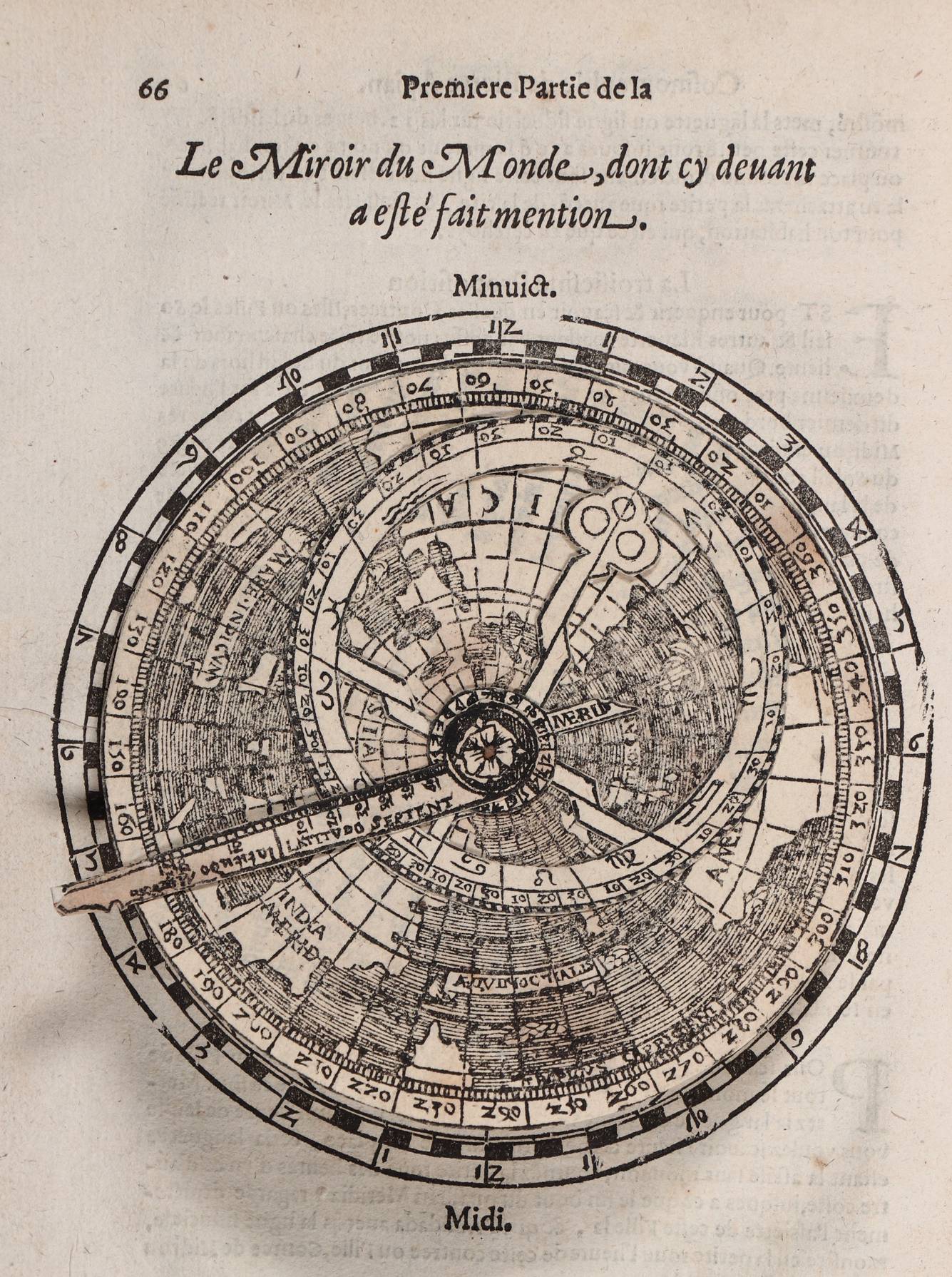 = Van Ortroy (Apian) 57; Van Ortroy (Gemma Frisius) no.31; Alden, European Americana 581/2; Sabin 1752 (note); Bibl. Belgica A 41; cf. Church 84. Shirley no.82 and no.96 refer to a deceptive counterfeit of the worldmap (the "Charta Cosmographia") made after the second woodblock of the Apian worldmap (which was used in the editions published in 1553). One of the most important and popular 16th cent. works on cosmography, this treatise deals i.a. with triangulation, the climactic zones in which the earth may be divided, and with methods of determining latitude and longitude. The worldmap is one of the earliest maps to indicate America by that name. SEE ILLUSTRATION PLATE LXXXIII.