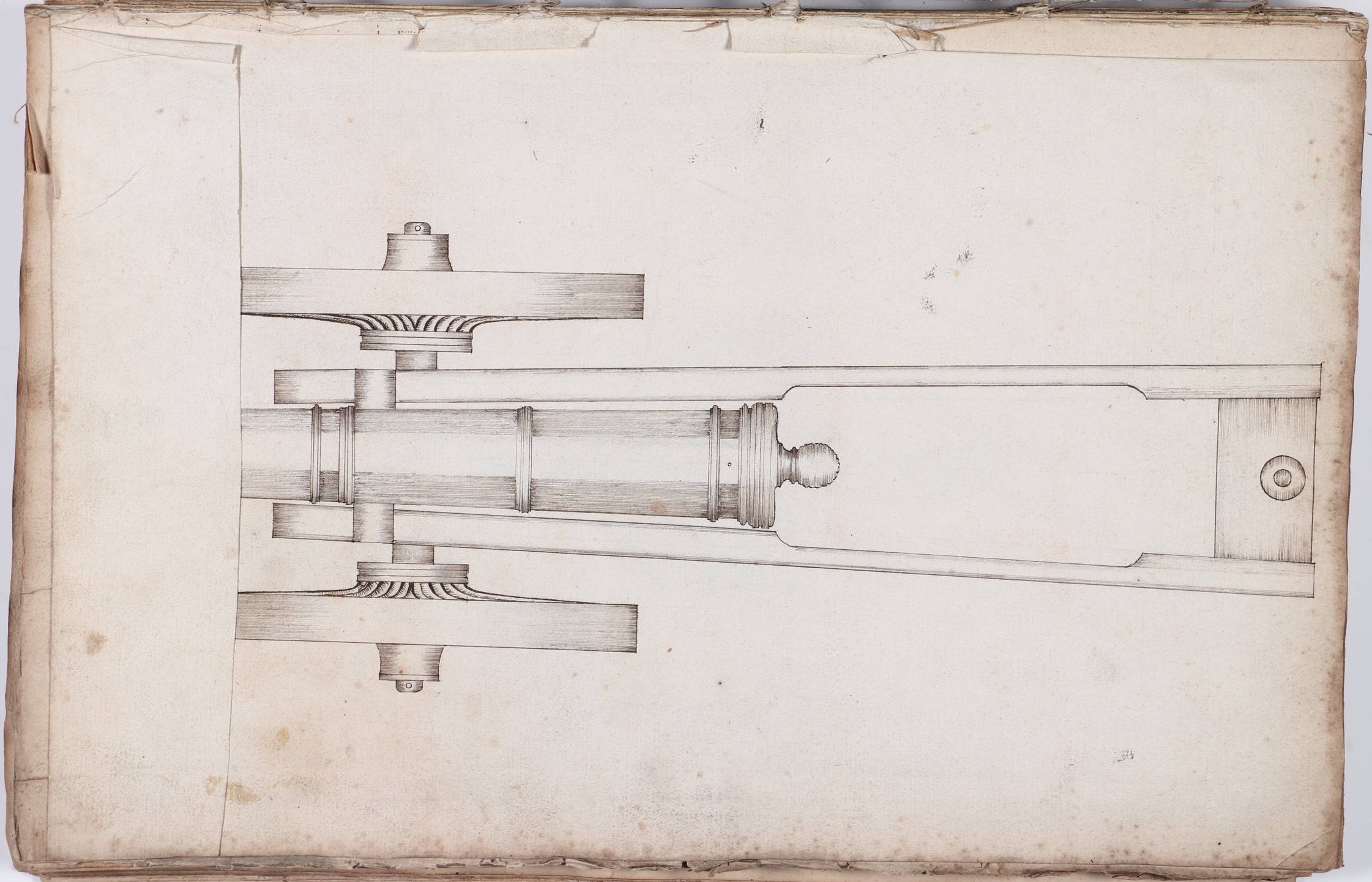 = Interesting album: the various approximately datable watermarks, the different styles of the drawings and the mounting of the drawings mixed with unmounted drawings suggest that it was compiled in the 2nd half of the 17th cent. from various sources from different late 16th-17th cent. dates. Containing drawings that are inspired by or copied from the famous geometrical engravings published in i.a. Lorenzo Sirigatti's La Practica di prospettiva (Venice, 1596), Wenzel Jamnitzer's Perspectiva corporum regularium (Nuremberg, 1568, engravings by J. Amman) and Luca Pacioli's Divina Proportione (Venice, 1509, engravings after Leonardo da Vinci). These geometrical engravings of often very complicated polyhedra were used to teach young artists the art of perspective and the proper manner of rendering light and shadow in their drawings. The drawings in this album can be divided into two groups: those that are very similar to the polyhedra found in the various works on the subject (a few drawings appear twice in the album, usually one neatly drawn example and one sl. less neatly done drawing) and those that are possibly original inventions by the artist(s) that made these drawings. The latter group consists of the following drawings: a cannon seen from above, a well with suspended buckets for drawing water, 4 drawings that show groups of capital letters leaning against blocks, an opened book with a drawing of a group of tulips, a room with a harpsichord and two chairs and an open door to a staircase in the background, two chairs, a single chair, two squares interlinked through rectangular openings and a 3D tesselated pattern for floor tiles. SEE ILLUSTRATIONS ON FRONTCOVER AND PLATE LXIX.