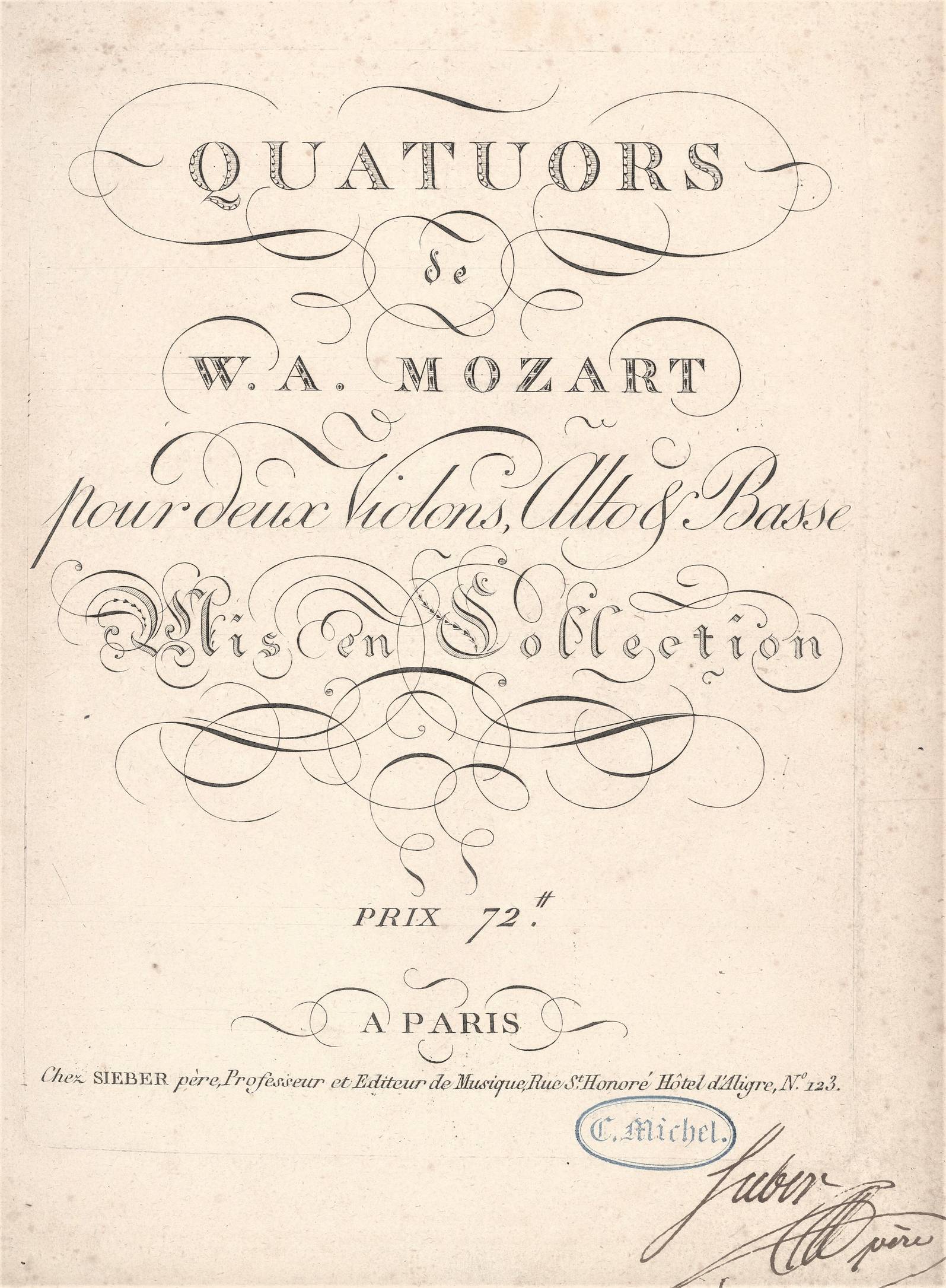 = Title-p. warranted by the publisher. Each vol. contains an engr. "Catalogue thématique des Quatuors de Mozart en collection a Paris chez Sieber père (...)". In 1799 when the son of Sieber sr left the firm to start his own publishing firm, his father changed the name of his firm to "Sieber père". The plates that he used for this edition remained unchanged from earlier editions that his firm had printed in the 1790s except for the addition of continuing page number, which show that this is an early 19th cent. collected edition of the string quartets and a few other Mozart works arranged for a quartet. SEE ILLUSTRATION PLATE LXII.