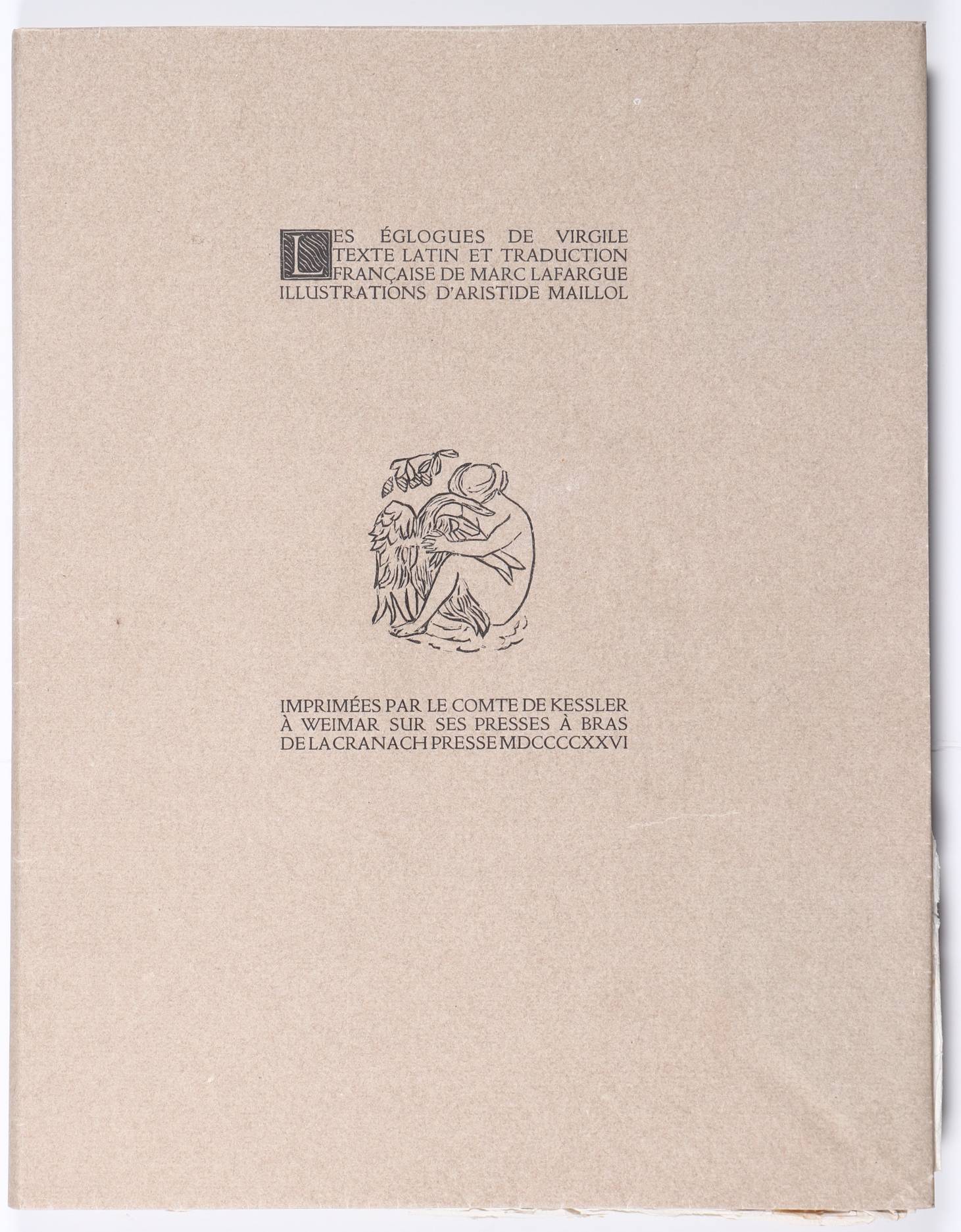 = Simultaneously published in an English and German language edition of resp. 264 and 294 copies. Monod 11336; Strachan, The Artist and the Book in France, p.76-78; The Artist & the Book 1860-1960, no.172: "As early as 1908, Count Kessler, the director of the Cranach Presse, was attracted to Maillol's sculpture and invited the artist to go with him to Greece, where the Virgil project was conceived. Begun in 1912, it was delayed by the war. A classical spirit pervades the finished volume, form the harmonious composition of the type to the slightly archaic grace of the figures." SEE ILLUSTRATION PLATE XL.