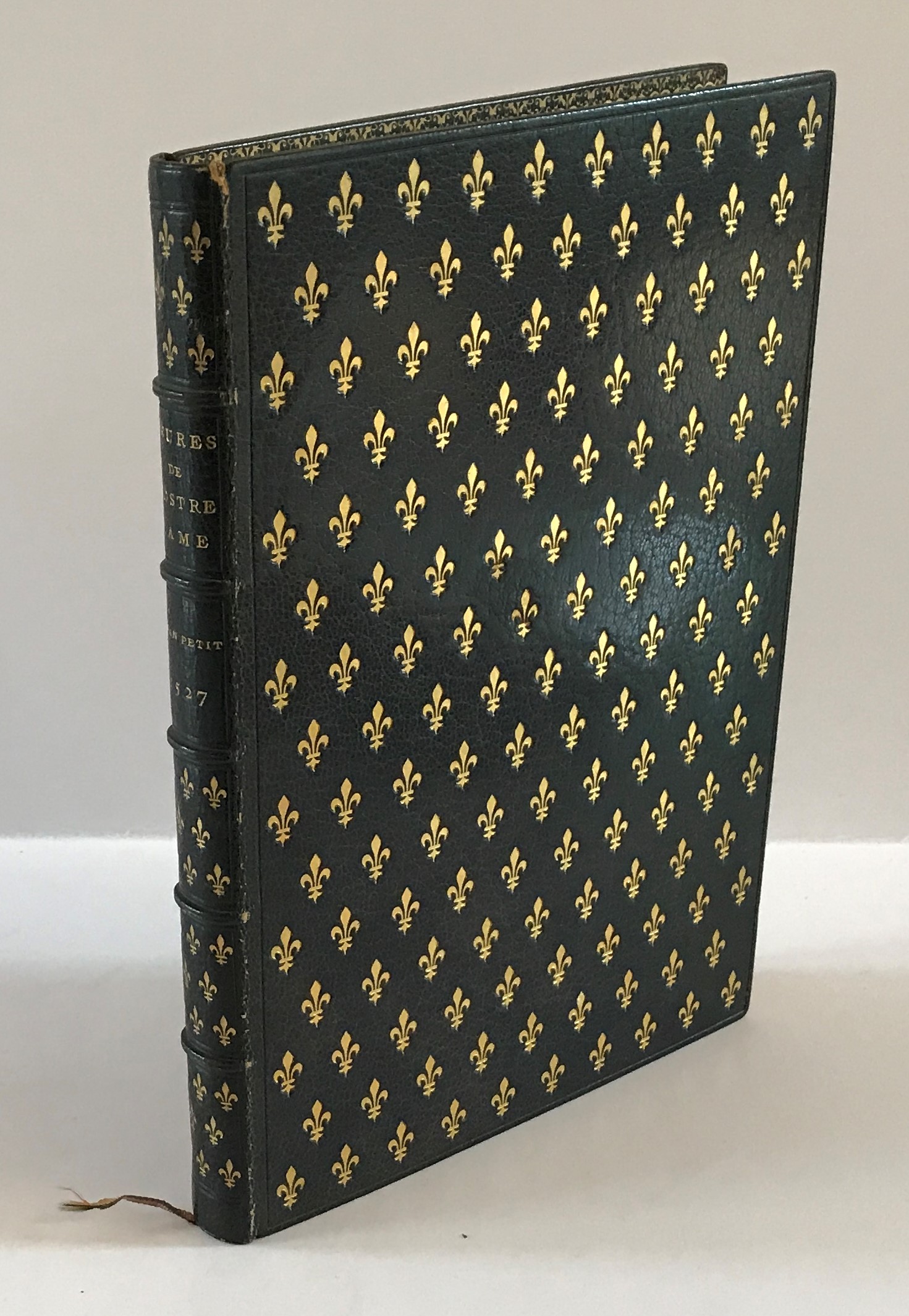 = Cat. Fairfax Murray (French books) 659; Cat. Harvard College Library 260 and cf. 259 (earlier edition) (both copies are incomplete); Brunet II, 1752; Lacombe 404. Extremely rare: this copy was sold by Van Gendt auctions in 1978, no copy traced afterwards."This [edition] has been generally described as the fourth edition, but comparison with the Hofer copy of the third edition proves it to be a reissue of that edition, with the first signature ([A]4) reset. In the original setting of the title, the first line ends, "en francoys"; in the new setting the line ends, "nostre dame/". The almanac on leaf [A]4v has been changed to 1534-1549." (Cat. Harvard College Library 260). In our copy the almanac dates are 1534-1549, setting the printing date of this copy at circa 1534. This is one of two editions printed in 1534: one without the privilege on the final leaf of the second part and one with the privilege (as in our copy). On the remarkable woodcuts, Cat. Harvard College Library 259 states: "The last cut (leaf m2r) is signed with the monogram "GS" surmounted by the Lorraine cross. This monogram, formerly attributed to Geoffroy Tory and others, has been identified by Albert Ohl des Marais as that of Gabriel Salmon, a painter and engraver at Nancy between 1504 and 1542 (...)." The woodcuts in the first part include a cut of the Anatomical Man (on leaf B1r), from the 15th century block used in Kerver Horae BMV. Provenance: the library of the Comte Lanjuinais (bookplate on upper pastedown). SEE ILLUSTRATION PLATE CXL.